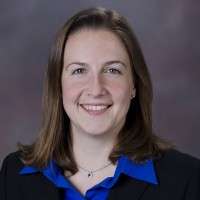 Less than a year after she was diagnosed with non-Hodgkin’s lymphoma my mom died. My family and I were fortunate she had decision-making capacity until the end and that she could make treatment decisions for the immediate questions, as well as give us all directions about what we knew was coming. We had those hard conversations about goals of care, her wishes, and treatment decisions ⁠— they just all took place in a short time frame with an immediate impact. We were lucky we were spared having to second-guess ourselves about what she may have wanted.

I have always been interested in the intersection of health law and ethics. I was serving as Legal Counsel for Oregon Health & Science University when the opportunity for me to be an Associate Director at the OHSU Center for Ethics in Health Care opened. In that role, I served as Chair of the Oregon POLST Task Force for 2 years and the Executive Director of National POLST for 4 years (2 years of overlap). I’m grateful for the opportunity to help promote a process that can make end of life easier for patients and families, helping with those hard conversations and ensuring treatment preferences are elicited, documented and honored. 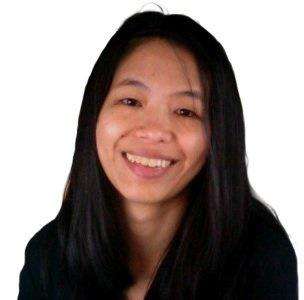 POLST first became personal to me when my father experienced a medical emergency just before his 80th birthday. As part of his recovery, he was temporarily admitted to a skilled nursing facility, during which time we were repeatedly asked about his POLST form. We weren't very informed about POLST, so the usual questions arose — is POLST the same thing as an advance directive? Why do we need to fill one out? Is it mandatory? We did fill one out with him and his care team at the nursing facility, but after he was discharged, we had his primary care provider review it with us, in order to make appropriate revisions, when there was time for more conversation.

Walking through this whole process, and having initially been broached about the POLST form under somewhat stressful circumstances, I became very interested in POLST as a process, its history, its current state, and future. Viewing it as an important but underappreciated process, I sought to learn more about POLST, first volunteering at the Oregon POLST Registry, then working for the Oregon POLST Registry, and later, joining the staff at the National POLST Office. It is my hope that fewer people will learn about POLST under emergency circumstances, and that, instead, the public will come to appreciate POLST and advance care planning in general as a normal thing everyone does.

I have broad experience in web and multimedia development, graphic design, technical project coordination, and clinical, basic science and emergency medicine research. In addition, I've worked for many years as a web content coordinator and web manager within an academic medical setting, as well as other business settings. I worked for the Oregon POLST Registry as a Technical Research Coordinator, aiding operations and coordinating improvements to the ePOLST pilot in Oregon, before joining the National POLST Office.